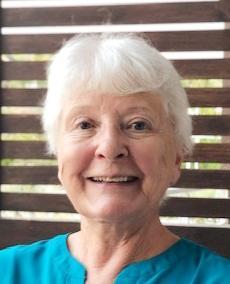 Frances Dupont is a scientist, teacher, traveler, bird watcher, lover of history, and amateur genealogist. She has researched ion pumps in plant membranes and the complex protein structure of wheat gluten, and taught biology in Africa and Alaska.

Now as a writer, she is researching and exploring  the untold stories of our female ancestors.

Fortitude, persistence and hard work were essential qualities for the women of the Mohawk Valley before, during and after the Revolutionary War. It is a time and place that illustrates as well as any the contradictions inherent in our human heritage: our capacity for love and hate, creativity and destruction, peace and violence. The attitudes that divide us and the attitudes that bring us together are shaped over generations.We study the past to understand the present.

The main characters in the two books, Dorothea Werner and Patrick Fitzpatrick, are based on the real lives of indentured servants who worked for members of the powerful, wealthy family of Sir William Johnson, Superintendant of Indian Affairs in the years before the Revolutionary War.

The books are biographical historic fiction, as true to the actual historic figures and events as possible, while imagining the rest of the story for the barely documented men and women of the time. Largely illiterate, these simple folk left no diaries and letters to tell of their experiences.

In 1764, when the story begins, the Mohawk Valley was the home of an extraordinary mixture of people, languages and cultures, and the Mohawk River was the highway from the vast, Indian-dominated western and northern interior to the British-dominated eastern portions of the Province of New York.

Mansions on the Mohawk
A Mohawk Valley Farm