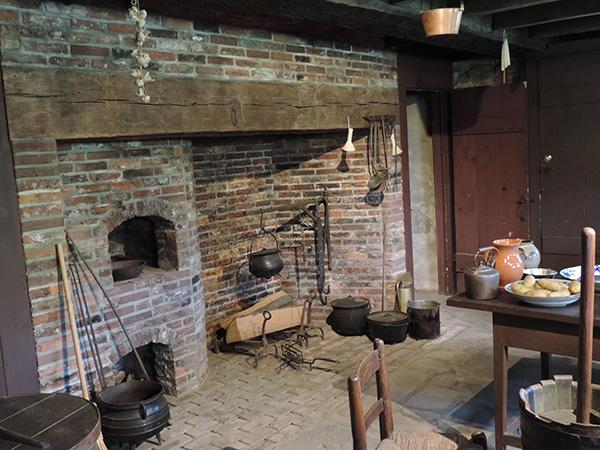 What was it like in New York's Mohawk Valley in the years preceding the Revolutionary War? My books-in-progress take place in the eleven years from 1764 to 1774. After that, war came, and everything changed.

Long before the first European settlers appeared, the Mohawk River was a gateway into a continental interior that was difficult to penetrate. Mountains and forest blocked the way. Lands controlled by the Six Nations of the Haudenosaunee ran from east to west across what is now New York State, and up into Canada. The Mohawks, the Kanienʼkehá꞉ka, the "People of the Flint" were also called the "Keepers of the Eastern Gate" because they occupied the eastern end of the Haudenosaunee territory, and they controlled the canoe portages around the impassible waterfalls on the Mohawk River. The river was the watery highway east to the Hudson River, west into the lands of the other Haudenosaunee tribes, south to the Susquehanna River that ran down into Pennsylvania, and rivers that led north to Lake Ontario, with its access to the Saint Lawrence River and the other Great Lakes.

The Kanienʼkehá꞉ka were fierce warriors. The slow penetration of their territory by European settlers was not accomplished so much by armed conquest as by seduction. The benefits of metal pots, hatchets, guns, woven cloth and rum were obvious to the Kanienʼkehá꞉ka, who thought they were making a good trade with each bundle of furs and each lost plot of ground. They didn't know they were also accepting the diseases of measles, smallpox, tuberculosis and alcoholism. Little by little the Kanienʼkehá꞉ka gave up land to the Dutch, who moved up the Mohawk River from Albany and Schenectady, the British, who followed the Dutch, and the Palatine Germans who settled near Schoharie, German Flats, and Stone Arabia.

By 1764 the Mohawk Valley was the home of an extraordinary mixture of people, languages and cultures. Emigrants from Ireland and the Scottish Highlands joined the old Dutch and German farmers. The Kanienʼkehá꞉ka still called it home. And it was also home to the remarkable extended family of Sir William Johnson, British Superintendent of Indian Affairs. My books imagine the daily lives of the Johnson family and their tenants, as they were affected by historic events and as they impacted the history of the time.

During the years from 1764 to 1774, the Haudenosaunee and other Indigenous peoples of North America still had sufficient power to block the westward movement of European settlers. In 1763, after the British won Canada in the French and Indian War, settlers pushed relentlessly out of the original 13 colonies, but found their way denied by the original inhabitants. Settlers pressed against treaty boundaries that separated the colonies from vast lands still in control of powerful tribes, while the British struggled to enforce the treaties and avert bloody wars. Against these pressures, the boundaries kept moving west. In 1783, at the end of Revolutionary War, many boundaries collapsed. Over time the indigenous peoples were pushed out of the way, some nearly to extinction.

In 1774, however, the Mohawks, or Kanienʼkehá꞉ka, were still a power in the Mohawk Valley. It has been fun trying to capture the lives of the people who inhabited this cultural melting pot and mixing place. It is one of the liminal boundary lands of American history.

Typical of an author of historic fiction, I keep learning more than can be incorporated into novels of a reasonable size. I look forward to using this blog to share some of the rest of the story.

For more information see the References page of this website.

Mansions on the Mohawk
A Mohawk Valley Farm